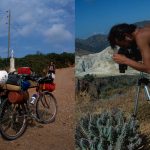 Project Utopia - Utopia was the name of the project under which Diego Zane and I traveled, in search of images and inspiration, in the years 1996-2005. Diego was a director and an independent video producer, whith many passions like reading and studying, writing, music, photography, electronics and computer science, which he all… more 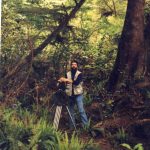 Project Utopia: 1996-2021 – Music Bridges, Grief and an Ocean of Silence - I wrote these thoughts last May, but yesterday was Diego's birthday, and today it's mine, so I have been thinking a lot about him, and us. I have slightly modified the original version, and I still feel something is missing, but I am going to publish it anyway... When Diego… more 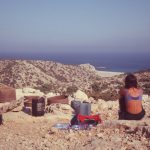 Project Utopia: Come on Soul, Blow me Away - A couple of days ago, in a crowded hospital waiting room, I was reading James Hillman’s selected writings A Blue Fire. I must admit I was struggling a bit with the psychoanalitic language, more so because I was reading it in English, but this book contains many moving passages (like… more